Space scientists are interested to discover possibility of have water and fuel while space travelling. For this most of them look about asteroids. This is likely sci – fiction. But, it’ll become real method.

The NASA’s OSIRIS-Rex mission new finding will help for water mining from asteroids. This has shown that the Bennu has water.  Bennu is a highly hazardous asteroid according to Palermo Technical Impact Hazard Scale which has 1/2700 probability of impact on earth during 2175 and 2199.

Asteroid Bennu was discovered in 1999 and NASA Lunched that mission to reach the asteroid for sample collection. It will bring samples back to earth by 2023. When 03rd December of 2018, the spacecraft was 19Km far from Bennu.

In addition to sample collection, this spacecraft wish to collect all details of asteroid.  Including, details to calculate mass and exact orbit, shape, diameter and inclination.

Water on the Asteroid Bennu

Evidence for water collected from two spectrometers in spacecraft.  One is visible and infrared spectrometer (OVIRS). Other one is a thermal emission spectrometer. These spectrometers show data for presence of hydroxyls.

According to scientists, Bennu is too small to host liquid water. Therefore, they suggested that this asteroid has water bearing clay minerals. So, rock materials in Bennu might have interacted with water.  May be parent asteroid of Bennu has liquid water.

These details show, this asteroid was at early formation of solar system. Good source for study primitive volatiles and organics. It will reveal more details about the universe.

Have you ever thought that sci- fiction is real? After this finding, the scientists at University of Arizona said that, “What used to be science fiction is now a reality”

All of these new findings were presented at Annual fall meeting of the American Geophysical Union by team members of the mission. The mission guides by University of Arizona. NASA’s Goddard Space Flight Center in Greenbelt does the management of this mission. 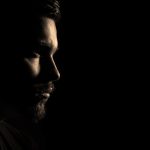