Sometimes, you may be drinking more coffee than the pure water because most of are addicted to coffee. Have you ever thought why I like the coffee taste?

Generally, we do not like to bitter taste. Actually, It is a natural adaptation. Due to this favour taste difference, we automatically avoid from some poisons.

To resolve this taste favour differences scientist have conducted a study using 400 000 people in the United Kingdom. They have applied the Mendelian randomization technique. This technique is normally used for find disease distribution.

The results of this study show that our bitter taste perception is defined by our genetics. Also, it shows several relationships among beverage consumption pattern.

If you drink more coffee in a day. You may not favour to tea. This study also confirms that most of coffee taste lovers’ tea favour is low.

This study was from Northwestern Medicine and QIMR Berghofer Medical Research Institute in Australia. And their findings published in Scientific Reports.

Now think! You really like to drink coffee or your body request coffee. 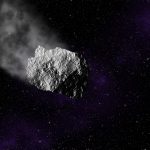 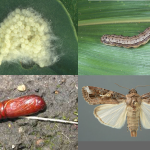 Powered by Cookie Information
Send this to a friend